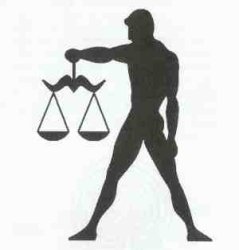 To make a judgement (vinicchaya) is to draw a conclusion or make a decision about something. According to the Buddha, people make judgements in one of four ways Ý (1) according to outward appearance (råpappamàõa), (2) according to the opinion of others (ghosappamàõa), (3) according to economic status (låkhappamàõa) or (4) according to reality (dhammappamàõa, A.II,71). We usually make judgements within two contexts Ý when called upon to arbitrate between two or more parties, or on first meeting a person or seeing them behave in a certain manner. In this first context, we will make our judgement known to the parties involved and hopeful it will soothe any disagreement between them.

Making judgements about the people we come into contact with is usually done within the privacy of our own minds. However, it will influence how we think about them Ý whether with respect or contempt, trust or suspicion, like, dislike or indifference. And, of course, the opinion we form about them from our judgements will in turn influence how we treat them. This being the case, we should be careful in making judgements about others, particularly critical ones.

Perhaps it would be appropriate to also mention a type of judging which mainly concerns Buddhists. There is a certain type of Buddhist who takes considerable interest in pontificating about what type of kamma a person must have done to be reborn in their present circumstances, or about where they will be reborn as a result of how they are acting now. Such speculating can only ever be at best a poor guess. The Buddha said that trying to work out the subtle and interconnected workings of kamma would be enough to drive an ordinary person mad (A.II,80). This is not because the functioning of kamma is ambiguous, but because we can never really know what is going on in other peoples' minds, their motives or even the full range of their actions. When the Buddha heard that the lay disciple Migasàla was confidently claiming that several people who had recently died were reborn in certain circumstances, he said: `Who is this Migasàla  to know the complexity of the human character?' Then he added: `Do not be a judge of others, do not judge others. Those who judge others only harm themselves'(A.III,351).

Apart from the distinct possibility that the judgements we make about people may be wrong, judging others may also be a symptom of, or give rise to, smugness and self-righteousness. It may even be a way of deflecting attention from our own moral weaknesses and failings. Nonetheless, there are many situations in life where we are required to make judgments about people Ý whether a babysitter is competent to look after our child, whether the person who asks to borrow money from us genuinely intends to return it, whether the mechanic who says he can repair our car really can. What can we do to ensure that our judgements reflect reality so that we can make more intelligent choices? The Buddha offered this sound and sensible advice: `To make a quick judgement does not make one right. The wise person looks at both sides of the matter, with fairness, impartiality, watchful of the truth, wisely and without haste. Such a person is called righteous'(Dhp.256-7).

The first thing the Buddha recommended here is not to make judgements hastily or impulsively (asàhana). Most things, people included, are multifaceted and take time to reveal themselves to us fully. Likewise, knowledge about something usually comes at the end of a process of accumulating data. Consequently, it is safe to say that any judgement made in haste is likely to be wrong, or at least partial. If things are multifaceted it follows that they may well appear different according to the perspective they are observed from and thus the Buddha advised us to `look at both sides of the matter' (atthaü anattha¤ ca ubho niccheyya). Getting the opinion of the different parties in a dispute, taking into account a person's good points and not just their failings, considering that the person who was rude to us might have had a bad day and that he is not usually like that, would all be examples of this. The qualities of fairness (dhammena) and impartiality (sàma) are not always easy to define but an important element of both is equality of treatment. It is always prudent not to overemphasize some facts more than others, to take into account all the evidence and to weigh it all up thoughtfully.

In the Buddha's India as in many other cultures, a pair of scales (tulà) was used as a symbol of fair and impartial deliberation (Dhp.268). When making judgements on any matter it is easy to be swayed one way or the other by our desires, by what we wished were true. Confidence tricksters are often able to cheat others because they stimulate their greed, knowing that greed clouds judgement. The wise person tries to keep personal feelings at bay when making judgements and remains `watchful of the truth' (dhammassa gutto) i.e. of the facts.

Perhaps we could add one last thing to the Buddha's wise advice, a point highlighted in the Pàyàsi Sutta (D.II,347-8). Having made a judgement to the best of our ability, it is always good to continue to keep an open mind. This way, if later experience or additional facts show that our initial judgement was wrong, we will be able to adjust it. A prejudice is an opinion that is not amenable to change and prejudices are the cause of a great many interpersonal and social problems.

the Buddha identified what he called ‘mixed’ motives or intentions and thus there is ‘mixed’ kamma? Click Here