Tipiñaka is the name given to the Buddhist sacred scriptures and is made up of two words; ti meaning `three' and piñaka meaning `basket'. The word basket was given to these writings because they were orally transmitted for some centuries, the way a basket of earth at a construction site might be relayed from the head of one worker to another. The three parts of the Tipiñaka are the Vinaya Piñaka, the Sutta Piñaka, and the Abhidhamma Piñaka. The Tipiñaka was composed in the Pàëi language and takes up more than 40 volumes in an English translation. It is the largest sacred book of any of the great world religions. See Oral Transmission. 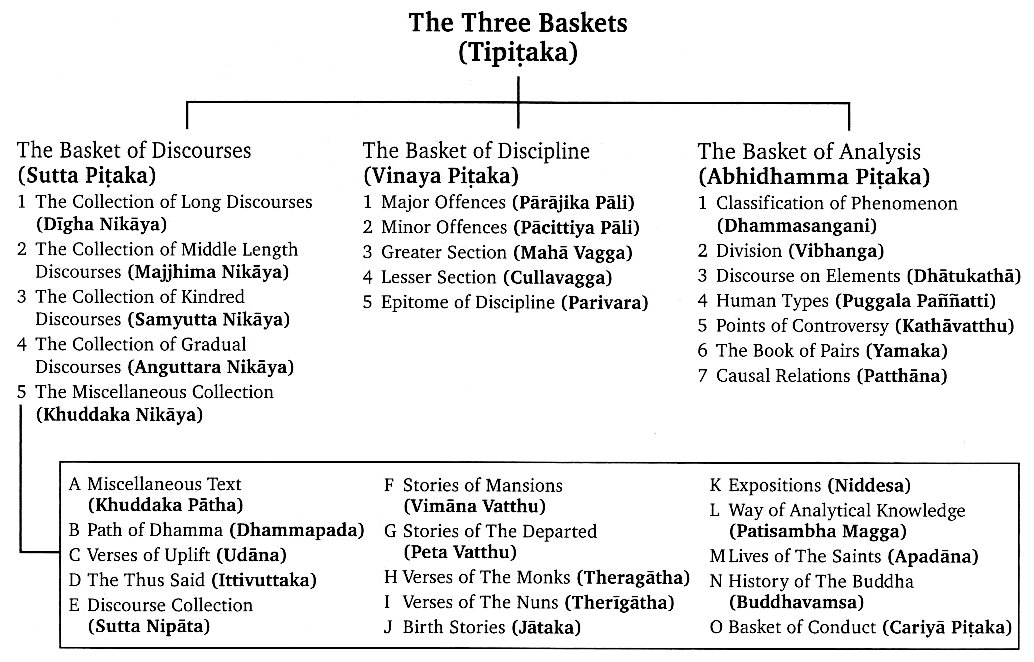 An Analysis of the Pali Canon,Russell Webb,1975.

that the Buddha recommended cannabis as a medicine? Click Here