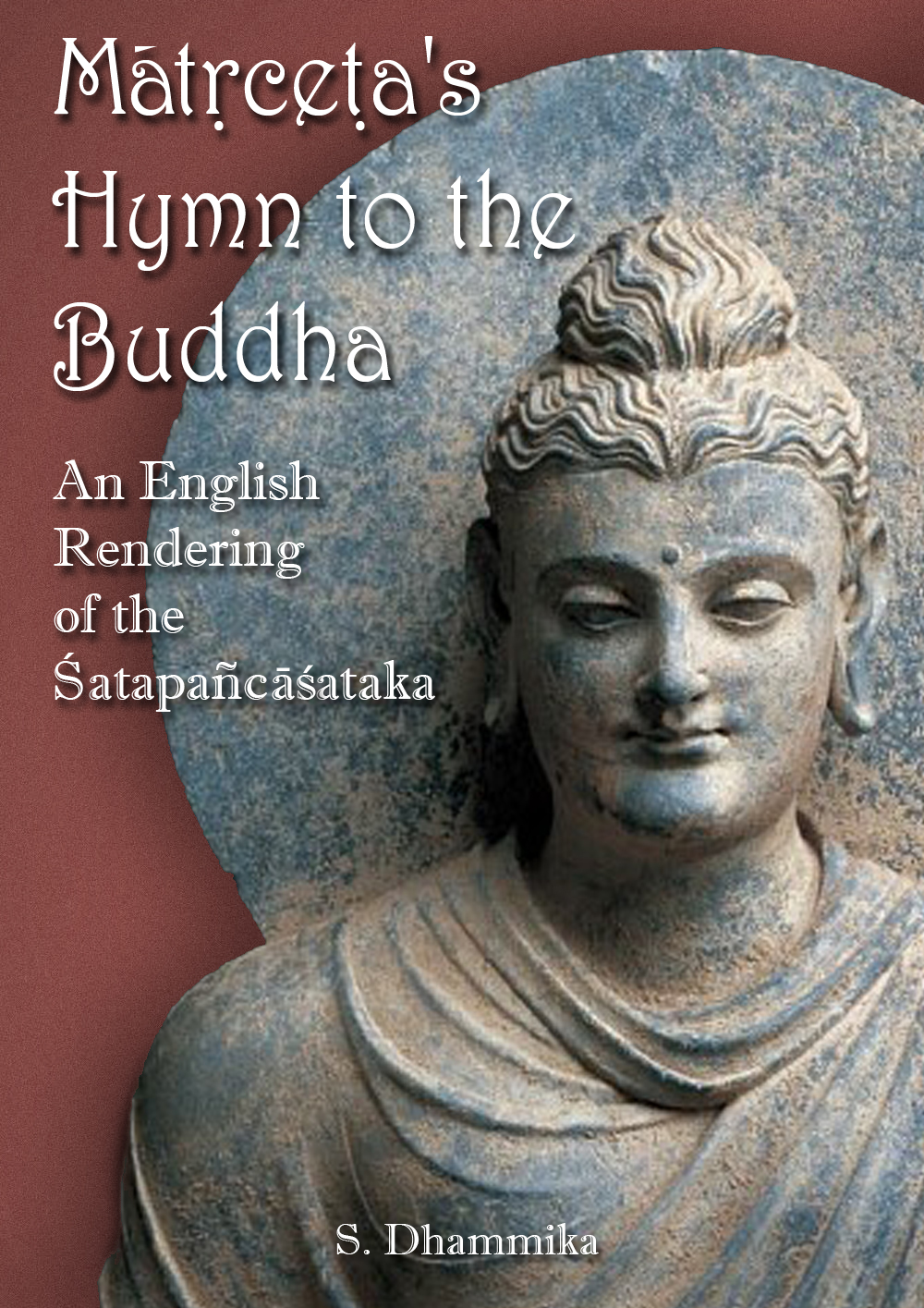 Mātṛceṭa's Hymn to the Buddha, An English Rendering of the Śatapañcāśataka

For centuries people have stood in awe of the Buddha and his attainments and have strived to express their feelings in stone and bronze and with brush and ink. Some have been moved by what the Buddha said, its logical consistency, its scope and its humanism. Others have been inspired by the personality of the Lord himself, his manner and conduct, and even his physical form. The joyful faith and appreciation that is evoked on recollecting the Buddha's personality and singing his praise gives such people the strength they need to walk the Path. For them the Dhamma comes alive through the life and example of the Buddha. Such a person was the poet Mātṛceṭa. He was born in India in about the first century A.D., and was converted from Hinduism to Buddhism by the great philosopher Aryadeva. He wrote about a dozen works, some of such beauty that he came to be regarded as one of India's greatest poets.