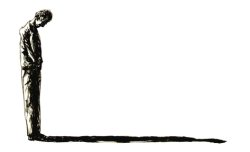 Guilt (aparàdha or vippatisàra) is an unpleasant or uneasy feeling caused by knowing or believing that one has done something wrong. It comes from the Anglo-Saxon word gylt meaning `to offend.' In some religions guilt is encouraged as a means of controlling peoples' behaviour and as an appropriate punishment for misbehaviour. In Buddhist psychology, guilt is seen as primarily negative because it involves dwelling on the past rather than being in and understanding the present. However, the Buddha said that a lively sense of shame (hiri) and self-respect (ottappa) can sometimes be useful as being what he called `self-regulating factors' (A.I,51). For a person who has not yet developed more mature spiritual qualities, shame (concern for the opinion of others) and self-respect (concern for one's opinion about oneself) can give one added motivation to avoid wrong and do good.

what the nun Manimegala said about the effects of hunger and famine? Click Here