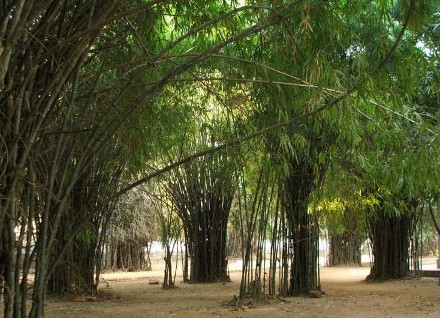 Ràjagaha, meaning `King's Abode', was the capital of the Kingdom of Magadha, the largest city in the Middle Land, and the scene for many events in the Buddha's life.  The city consisted of two parts, the old city built amongst hills, and the new city located on the plain a little to the north of the hills. Both were surrounded by huge walls, the remains of which can still be seen today. The Buddha praised the beauty of many of the natural and man-made landmarks around the city (D.II,116), his two favourite places being the Bamboo Grove and a low rocky hill called the Vultures' Peak, just beyond the east gate of the city. Several places in Ràjagaha which are mentioned in the Tipiñaka have been identified and excavated by archaeologists. Ràjagaha is now called Rajgir and is in the modern north Indian state of Bihar. See Caves.

`Rajagaha in Ancient Literature,' Memoirs of the Archaeological Survey of India, 1938.