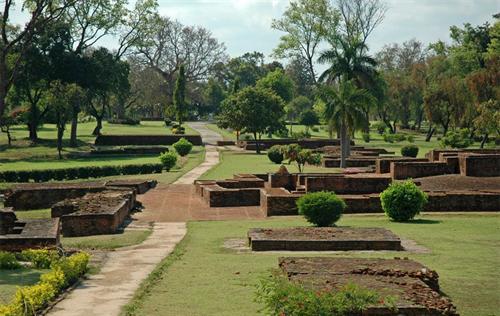 Sàvatthi was the capital of the Kingdom of Kosala, and according to tradition, the Buddha spent much of the last 23 years of his life in the city. Today the ruins of Sàvatthi form a large crescent about 5 kilometres long with the Rapti River running along its inner curve. A little to the south of the city are the ruins of the Jetavana, a large monastic complex first established during the Buddha's time and which continued to function for another 1500 years. Many locations in and around Sàvatthi are mentioned in the Tipiñaka and a few of these can still be identified.

`Sravasti in Ancient India,' Memoirs of the Archaeological Survey of India, 1935.