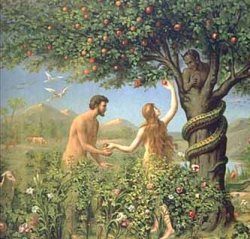 Sin is a Christian term allied to the Latin word sons meaning `guilty'. In Christian theology there are three types of sin; Venial Sin, Mortal Sin and Original Sin. The first is minor infringements of God's laws while the second is more serious infringements such as murder or worshipping other gods. Original Sin is the sin all humans are infected with and have inherited from Adam and Eve, the first sinners. The mental defilements in Buddhism Ý greed (lobha), hatred (dosa) and delusion (moha), and all their derivatives Ý meanness and grasping, annoyance and spite, naivety and stupidity, are sometimes called sins, but to do so is inappropriate and misleading.

A sin is thought, speech or action that contravenes God's laws and for which, in the case of Original Sin, even the distant descendants of sinners can be punished. There are no equivalents to these ideas in Buddhism. Further, some of the most serious sins would have no ethical significance in Buddhism, e.g. believing in deities other than the Christian god. In Buddhism, the defilements (àsava or kilesa) are considered to be so on purely objective grounds. They are unskilful or inappropriate because they are spawned by negative intentions (greed, hatred and delusion) and have negative consequences (regret, unhappiness and anger, violence, vengeance and punishment, etc.). Also, according to Buddhist doctrine, one person cannot experience the kammic consequences of another person's defilements.