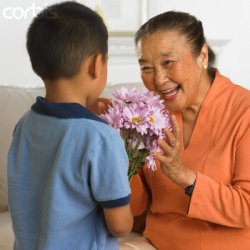 Generosity (dàna or càga) is a glad willingness to share what one has with others. Generosity is the proactive (carita) aspect of the second Precept; to abstain from taking what belongs to others. In Buddhism, generosity is seen as a strategy to weaken greed, a way of helping others and a means of lessening the economic disparities in society. Since it is one of the cardinal Buddhist virtues, the Buddha has a great deal to say about giving and sharing. He said we can give to guests, to those setting out on a journey, to the sick, the hungry, the poor and the first fruits to monks, nuns or spiritual teachers (A.III,41). The Jàtaka says: `From little give a little, from middling give middling and from much give much. There is no excuse for giving nothing'(Ja.V,387).

When we give or share we should, the Buddha advised, give with respect, thoughtfully, with our own hand if possible, give things that will benefit the recipient and after having considered how our gift might benefit them (A.III,172). With typical skill and insight, he asked us to see beyond the actual article given to what it can actually do for others. Thus he pointed out that: `In giving food one also gives life, beauty, happiness, strength and intelligence and in giving these five things one also partakes in them, both now and later.'(A.III,42). While seeing the value of providing others with their material needs, the Buddha reminded us that the highest, the most helpful and precious thing we can give to others is the Dhamma (Dhp.354).

However, one has to get things in perspective. Giving a sick person a book on Buddhism when he or she in desperate need of medicine or a doctor is not only inappropriate, it is also void of wisdom and compassion. This point is highlighted by the incident in the traditional life of the Buddha. Once a man was so determined to hear the Dhamma that he came to where the Buddha was speaking straight after a long day's work. He had not even given himself time to rest, bathe or eat. Having come to know of this, the Buddha asked the monks to give the man something to eat before the Dhamma talk began (Dhp- a. 262).

Dàna, The Development of its Concept and Practice, T. Endo, 1987.

what the nun Manimegala said about the effects of hunger and famine? Click Here