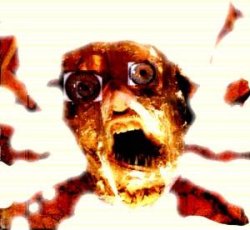 Insanity (ummatta) is the state of being mentally ill to the stage of no longer being able to function properly in society. The Buddha described insanity as the faculties being deranged and no longer under the individual's control (M.II,106). Intense and prolonged grief, fear, stress or frustration or a chemical malfunction within the brain can all cause insanity. The Buddha also said that thinking overly hard about things that cannot be known by thought can also make one, if not mad, then at least obsessive (S.V,446). Because of his deep knowledge of the human mind and his compassion, the Buddha realized that an insane person could not be held responsible for his or her actions and should not be punished for them. He also understood that a person might commit a crime while being temporally insane. In Buddhist monastic jurisprudence, the plea of `temporary insanity' is considered a legitimate one (M.II,248). This idea must have prevailed for some centuries because the Milindapa¤ha says (1st cent. BCE) says: `An offence committed by someone who is out of his mind is not considered blameable by the world today, nor will it have results in the future life'(Mil. 222).

The plea of being innocent on account of insanity was not recognized in English criminal law until the early 19th century.