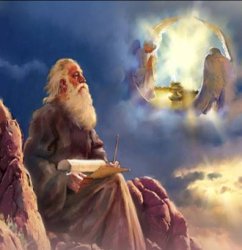 A revelation (anussava or suti) is a truth or knowledge that has been made known to humankind by a god or other divine beings. The person who receives a revelation is usually called a seer or a prophet (isi). The sacred scriptures of many religions are believed to be revelations. The Buddha and the Buddhist tradition generally, had been sceptical of those who `claim that revelation is true, who preach a doctrine based on revelation, based on what has been handed down from the past, based on the authority of the scriptures' (M.I,520), and consider revelation to be an unreliable means of knowledge (A.I,187).

Some of the objections to revelation are these.  The person who received the revelation may not have heard it properly.  Even if they did, they may not have recorded it properly, and even if it has been, it may not have been transmitted accurately during the intervening centuries (M.I,520). Other objections to the validity of revelation could be added to these. There are numerous revealed religions, all different. As they cannot all be true, how is one to know which one is and which is not? Further, even within a single religion there are wide and often contradicting differences in how the revealed scriptures are interpreted. How is one to know which interpretation of the revelation is correct and which not? On these grounds, Buddhism says that religions based on revealed scriptures are unsatisfactory, although not necessarily false (M.I,520). See Vedas.