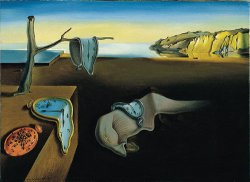 Time (kàla, samaya or velà) is a sense of duration apprehended by the phenomena of change. The ancient Indians used different systems for measuring and dividing time but the most commonly used units were an instant (khaõa), a second (tattaka), a minute (lava), an hour (horà), a day and night (ahoratta), a week (sattàha), a fortnight (aóóhamàsa), a month (màsa), a year (saüvacchara) and a century (vassasata). Nights were divided into three watches (yàma, Dhp.157) and months into two fortnights (Ja.I,159). The durations of some of these units differed, sometimes greatly, from one system to another. A day was deemed to start at sunrise (suriyuggamana).

The Buddha's intelligence and imagination was such that he was able to conceive of vast periods of time. He once said that the world came into being, not in six days and just a few thousand years ago as was believed in the Judeo-Christian tradition, but over several eons (kappa). When asked how long an eon was he replied: `Imagine a mountain of rock a mile long, a mile wide and a mile high, without any cracks or crevices, just one solid mass. Then imagine that once every century a man would stroke that mountain once with a silk cloth. That great mountain of rock would have worn away before an eon had passed.' (S.II,182). This simile is not, of course, meant to be a precise measurement but only to give a sense of an unimaginable length of time.

Over the centuries Buddhist abhidhamma philosophers developed several theories of time, some of them of considerable sophistication. However, while being intellectually interesting, few of these theories have any practical application. The Buddha's concept of time was a purely common-sense and practical one. He spoke of two types of time Ý chronological time and experiential time. Chronological time can be known and measured by the regulated movement of an object. In ancient India this was done by looking at the position of the sun (M.I,393) or by measuring the movement of the sun's shadow with a sun dial (kàlatthamba). Later, water clocks were invented which could tell the time on cloudy days and at night. Experiential time is felt through the ability to remember the past, be aware of the present and speculate about the future. Thus in Buddhism, time is dealt with primarily as a psychological phenomenon. In this sense time can be a problem.

Attachment to memories can lead to regret and guilt, while speculation about the future can lead to worry, longing, fear and useless fantasizing, and both can be used as an escape from the present reality. On one occasion the Buddha said: `The past should not be followed and the future not desired, for what is past is dead and gone and the future has yet not come. Instead, with insight let one see the present moment, the here and now. Let one know and be with that' (M.III,187). Speaking of the value of living in the present, he also once said: `They do not lament over the past, they yearn not for what is yet to come but maintain themselves in the present and thus their complexion is so serene' (S.I,5). One of the characteristics of Dhamma is that it is timeless (akàlika), meaning that it is as relevant and applicable now as it was when the Buddha taught it (M.I,137).