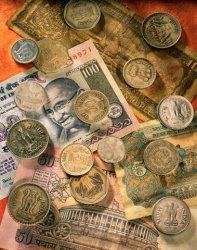 Entrepreneurial skills (vyàpàrakusala) are those skills used in starting, running and expanding a business. In the Jàtaka, the Buddha tells a story of how a young man went from poverty to wealth, the seven business decisions he made in accomplishing this, and the various strategies he used while doing so.

One day as the king's treasurer was on his way to the palace, he saw a dead mouse on the road and commented to his friend that someone with their wits about them could make money even out of a dead mouse. (1) A young man overheard this and realizing that the treasurer was a person who knew what he was talking about as far as business was concerned, picked up the mouse, made a few inquiries and managed to sell it to a tavern keeper to feed his cat.

(2) With the single coin he got from this sale he bought a pot, some molasses and mixed it with water. It so happened that a group of flower gatherers were returning hot and tired from the forest. He offered each of them a refreshing drink and each paid him by giving him a handful of flowers, which he was able to sell. He did this each day until he had increased his capital eight times.

(3) One day a sudden storm blew down branches and leaves all over the royal gardens. Hearing of this, the young man went and offered to remove all the branches and leaves if he could have them. The royal gardener had been thinking how to clean up the mess in the garden and was more than happy with this arrangement. The young man went straight to the local playground and promised the children there that if they would do something for him he would give them some molasses-water. Making the task into a game, the children soon cleaned up the garden and stacked all the branches at the gate. A potter happened to be on his way to buy fuel for his kilns, saw the wood and purchased it all, allowing the young man to double his capital.

(4) With part of this money he bought one large pot and numerous small ones, positioned himself near the main gate of the city and gave water gratis to all the grass cutters passing in and out. Grateful for this kindness, they asked him how they could repay him and he told them when he needed help he would let them know. The young man then cultivated a friendship with a travelling merchant and a seafarer. One day the merchant mentioned to him that the next day a horse dealer would arrive in the city with 500 horses.

(5) The young man made arrangements with the grass cutters to each give him a bundle of grass the next day and not to sell their grass until he had sold his and they agreed to do so. When the horse dealer arrived and was unable to get grass elsewhere, he bought all the young man's grass for a high price. By this time the young man had accumulated a thousand coins.

(6) A few days later, he heard from his seafaring friend that a large ship would soon be arriving in port. He hired an expensive carriage, drove to the port in great style and negotiated to buy the whole cargo on credit, giving his gold ring as security.

(7) Next, he had a tent erected near the port, hired several men and told them that when anyone wanted to see him, to make them pass through three ushers before they came into his presence. When the ship arrived and the city's merchants went to the port, they were told that a great merchant had already bought all the cargo on credit. One by one they went to see the young man, were ushered into his presence and each offered to buy his share of the cargo. Later the young man married the daughter of a rich merchant and lived happily ever after (Ja.I,120-22).

Many of the strategies delineated by the Buddha in this story are similar to those taught in today's business schools. Throughout the story the young man is portrayed as confident, perceptive and quick to jump at an opportunity; qualities needed for the success of any enterprise. His first step on the road to success was (1) his ability to take note of expert opinion and his readiness to make a start no matter how seemingly unpromising. He clearly had drive and faith in himself. (2) Next he did a needs analysis, offered a loss leader and value-added service. (3) He had the ability to see opportunity where others saw only a problem and to motivate people. (4) Next he used networking, a loyalty program and first-hand market information. (5) The arrangements he made with the grass cutters would be equivalent to market manipulation which is now considered unethical. (6) While the young man was clearly confident of himself, he understood that he had to impart this confidence to others and he did this by creating an image for himself of know-how and success. Sure of himself and his market intelligence, he took a calculated but ultimately successful risk. (7) Reinforcing his confidence-building strategy, he used his first-mover advantage to close the deal with maximum profit to himself. The Buddha ended this story by saying: `Starting with little capital and being shrewd and capable, one can raise oneself just as blowing increases a tiny flame.'(Ja.I,123).

Here and in several of his other discourses, the Buddha made it clear that the pursuit of wealth is a worthwhile goal for lay people. Provided that it is earned `lawfully and fairly' (dhammikà dhammaladdhà, A.II,67), that it is shared with others and that its limits are understood, wealth can be a source of considerable happiness (bhogasukha, A.II,69). Used in this way and with such an attitude, it becomes what he called `wealth properly utilized, directed to good and intelligently used'(ñhànagatà, pattagatà, àyatanaso, A.II,68). See Ambition and Aspiration.