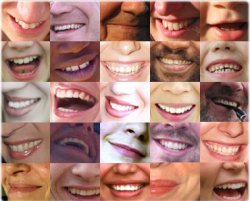 Happiness (sukha) is a feeling of ease, well-being and satisfaction and can range from mild to intense and be either momentary or enduring. The Buddha distinguished between worldly happiness which is dependent on sensory stimulation, and spiritual happiness which is derived from being virtuous and gradually freeing the mind. Some examples of worldly happiness which the Buddha considered legitimate and worthwhile are the happiness of ownership (atthisukha), the happiness of wealth (bhogasukha) and the happiness of freedom from debt  (anaõasukha, A.II,67-8). The sense of achievement, from excelling in one's chosen profession and making a good living out of it can make one very happy (D.I,51). On a higher level, some of the things conducive to spiritual happiness include practising the Precepts (D.I,69-70), being just (A.I,294), calming the senses (D.I,70), thinking about and rejoicing in one's own good deeds (Dhp.16), taming the mind (Dhp.35), being able to love despite being surrounded by those who hate (Dhp.197) and being at peace (Dhp.202). The highest and most refined happiness comes from attaining enlightenment (Dhp.203).

Concerning the two levels of happiness, the Buddha advised: `If by giving up worldly happiness one can attain the higher happiness the wise person should do so, seeing it as a more enriching happiness'(Dhp.290). Happiness has an important role in meditation in that it assists in the development of a stable, effortless concentration. The Buddha said: `The mind that is happy becomes concentrated'(sukhino cittaü samàdhiyati, D.I,73). See Progress in Meditation.