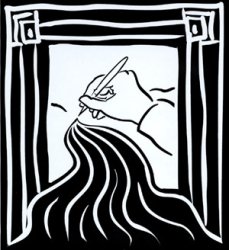 A poem (kàveyya) is a composition characterized by verse (gàthà), meter (chando) and decoration (alaïkàra) and which is meant to evoke an emotional response. It is usually associated with artificial and refined language, and can be contrasted with prose, which is more natural. Of all the arts, the Buddha was most conversant with poetry, probably as a result of the education he received when young. Concerning the structure of the poem, the he said: `The metre is the scaffolding of the verses, the syllables constitute their phrasing, the verses depend on words and the poet is the abode of the verses'(S.I,38). He spoke of several different types of poets; the reflective, the narrative, the didactic realistic and the inspirational (A.II,230). He considered the Sàvittã to be the most refined metre, and knew it to consist of three lines and 24 syllables (Sn.568;457). When Pa¤casikha sang his beautiful verses combining elements of the spiritual and the erotic, the Buddha expressed his appreciation (D.II,265-7). When Vaïgãsa recited the verses he had just composed, the Buddha asked him to compose and recite some more (S.I,193).

Because writing was only just coming into use during the Buddha's time, the most common way to record information was to commit it to memory. At certain points during a talk or at the end of it, a teacher would recite a verse, or series of verses, in which the main points he had made were summed up or encapsulated. Because these verses were catchy or contained striking language or imagery, they were used as mnemonic devices to later help recall everything the teacher had said. The Buddha followed this practice and the several thousand verses he composed were remembered by his disciples and later came to form the basis of Buddhist sacred literature.

Despite the Buddha's knowledge of and skill in poetry, there are several places in the scriptures where he was disparaging towards it. He even said that monks and nuns should not compose or listen to poetry (D.I,11). Given what has been said above, this cannot be because he disapproved of the poetic art as such. Whether or not the Buddha approved of a poem depended on its style, content and genre. Most ancient Indian poetry was about kings, military victories, the gods, courtly love or ribaldry; subjects which the Buddha would have considered harmless but hardly edifying. Another problem the Buddha may have had with certain types of poetry is that they can evoke very strong emotions. He was not against emotions as such, indeed his own words, we are continually told, `inspired, uplifted and delighted' people (D.II,98; M.II,140).

But some poetry evokes less noble emotions like indignation, unthinking patriotism, pride or sensual desire. The Buddha said: `Better than a thousand verses of meaningless words is a single word from a verse, hearing which one becomes calm' (Dhp.101). It is also true that while some poetry can convey truth even more effectively than prose,  other styles sacrifice truth for effect. Beautiful words and phrases can almost mesmerize us (kàveyyamatta) into thinking we have understood something when in fact all they have done is impart a pleasant feeling. Likewise, they can convince us that what they say is true simply because it has been said so lyrically. It was probably this that the Buddha was referring to when he warned against listening to `teachings composed by poets, tricked out with fancy words and rhymes'(A.I,72), rather than to his own discourses, in which the meaning is always clear even when beautiful language or imagery is used to say it.

The poetic art has a long and glorious history in Buddhism and has had an important role in the spread of the Dhamma. Some of India's greatest poets were Buddhists, in particular A÷vaghoùa, Màtçceña, Bhartçari and Kùemendra. Tibet's most enduringly popular poet is Milarepa who was a Buddhist ascetic. Sri Lanka's greatest poet, Sri Ràhula, and Japan's most beloved poet, Basho, were both monks. See Doõa and Oral Transmission.

the Buddha recognized four stages in the development of the embryo? Click Here