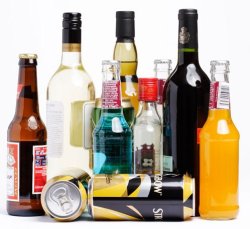 Alcohol is a chemical produced by fermentation, which suppresses the central nervous system and causes intoxication when ingested. Alcoholic drinks are usually categorized into three different types Ý beers made from fermented grains, wines made from fermented fruits and spirits made by distilling either beers or wines. Four main types of alcoholic drinks are mentioned in the Tipiñaka. Surà was brewed from rice or flour (Sn.398; Vin.I,205), meraya was distilled alcohol made from sugar or fruit and sometimes flavored with sugar, pepper or the bark of a certain tree (M.I,238). Majja was made from honey and àsava was made from the juice of the palmyra palm or the wild date palm and could be either just brewed or distilled (Vin.II,294).

Many cultures have myths explaining the origins of alcohol, often including the notion that it was a gift from the gods. The Jàtaka tells a story to explain how alcohol came into the world which is less laudatory and more plausible. Long ago in a certain forest there was a fruit tree which had a large forked trunk with a depression in it. Rain water collected in the depression, fruit fell into it and warmed by the sun it fermented. In the summer, thirsty birds drank from the depression, became intoxicated, fell to the ground and after sleeping for a while, flew away. A hunter observed this and curious as to its cause, he too drank some of the liquid and became intoxicated. Later, he introduced it to his friends and so it was that alcohol became known. According to the Jàtaka, this discovery became the cause of innumerable social ills (Ja.V,12-20).

The fifth Precept which all Buddhists undertake to practise, is to abstain from consuming alcohol or any other recreational drugs. In the case of alcohol, this is mainly because alcoholic intoxication clouds the mind, while the whole rationale of Buddhism is to clarify the mind. However, drinking alcohol may also result in several other personal and social disadvantages. The Buddha says: `There are these six dangers of drinking alcohol: loss of wealth, increase of quarrels, ill-health, a bad reputation, making a fool of oneself and impaired intelligence' (D.III,182). The Buddhist tradition says that if one breaks the fifth Precept, this can easily lead to breaking the others.

According to WHO, alcohol consumption in Thailand is the 45th highest in the world, far above that of other Buddhist-majority countries.

that the Buddha considered building bridges to be a meritorious act? Click Here