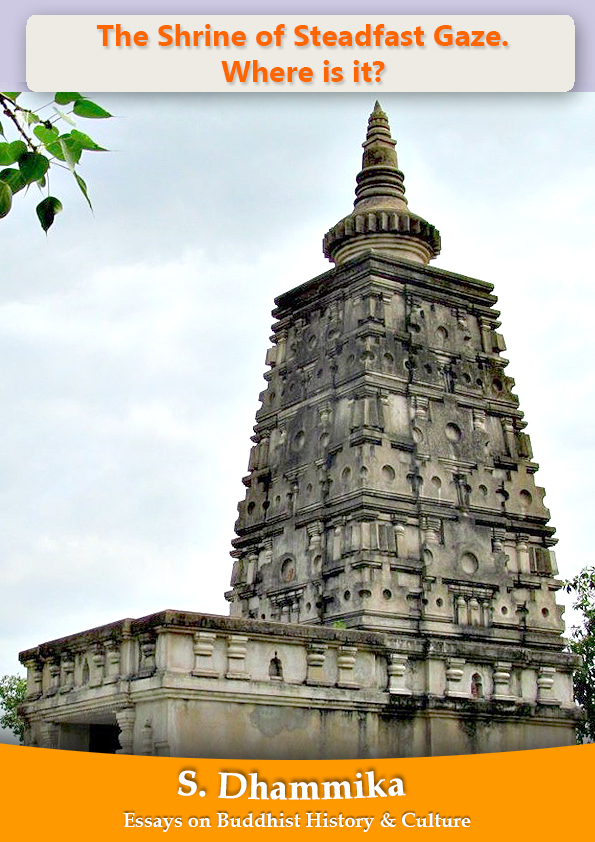 The Shrine of Steadfast Gaze. Where is it?

According to the introduction to the Jātaka, after the Buddha’s awakening he spent seven weeks at Uruvelā, the modern Bodh Gaya, and during the second week he sat gazing at the Bodhi Tree without blinking. In time, a shrine called the Animisa Cetiya, in English the Shrine of Steadfast Gaze or sometimes the Unblinking Shrine, came to be built on this site and became one of the seven sacred locations (sattamahātthāna) at Bodh Gaya.