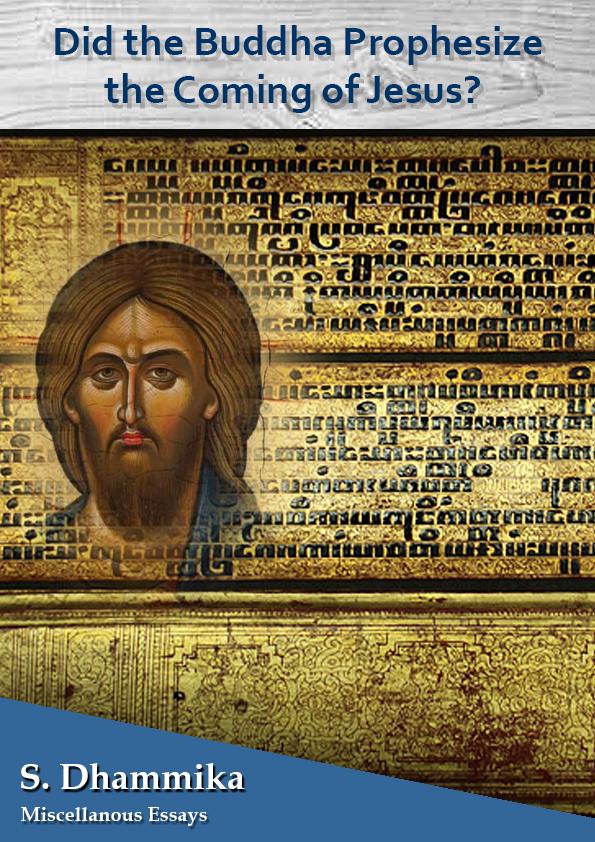 Did the Buddha Prophesize the Coming of Jesus?

Sometime in 2003 a website from Thailand appeared on the internet with an article making an extraordinary claim – that in the 5th century BC the Buddha prophesized the coming of Jesus Christ, and that this prophesy can be found in the Buddhist scriptures, the Tipitaka. This article was quickly picked up by other websites and blogs and has since appeared in numerous others, as well as in several publications. Now (2009), there are at least four different versions of the supposed prophesy and yet more claims about it.