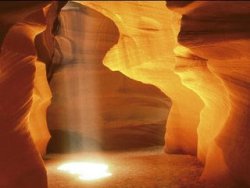 Mysticism is a term given to a variety of intense experiences or the means of developing such experiences. Mysticism is notoriously difficult to define. William James said that the main features of the mystical experience are ineffability, noetic quality, transience and passivity. Evelyn Underhill wrote that mysticism could be described as being practical rather than theoretical, an entirely spiritual activity, having love as its purpose and method, and as never being self-seeking. The problem with these and indeed most definitions of mysticism is that they apply mainly to the major monotheistic religions and do not take into account Buddhism, Jainism, Taoism and non-religious mystical experience.

Looked at from the perspective of modern psychology, it could be said that most, if not all, experiences usually labeled mystical have these four characteristics. (1) They have an intense emotional component, (2) they are triggered by physical or psychological stress Ý despair, longing, fasting, suppressed sexuality, long vigils, etc, (3) they never contradicts the mystic's theological beliefs Ý Christians do not have visions of Viùõu, Muslims never have a glimpse of the Trinity, etc. and (4) they are interpreted as having been caused by an external agent Ý God, angels, etc. The Buddha's description of his enlightenment does not fit well into either James' or Underhill's definitions of the mystical state, nor does it have any of the four characteristics of mysticism just mentioned.

The Buddha appears to have been exceptionally calm and poised, emotionless even, as he began his meditation in the hours before his enlightenment (M.I,167). The intense joy (vimuttisukha) he felt only came later (Ud.1-3). He had fully recovered from his austerities at the time he attained enlightenment. He mentioned that he had eaten proper food, rested and regained his strength (balaü gahetvà, M.I,247). There is no evidence that he had any idea about the Four Noble Truths or Dependent origination before his enlightenment. In fact, he distinctly said that the truths he realized had `not been heard about before' (pubbe ananussutesu, S.V,422). The Buddha never described his enlightenment as a gift from a god or as the result of divine grace. He always taught that a person attains enlightenment `through his own knowledge and vision' (sayaü abhi¤¤à, D.III,55).

Some writers on religion occasionally refer to what they call `Buddhist mysticism'. Interestingly, the word mysticism comes from the Latin mysterium meaning `to close the eyes' while the Pàëi word for enlightenment (bodhi) means `to awaken' or `to open the eyes'.