SECTS AT THE TIME OF THE BUDDHA 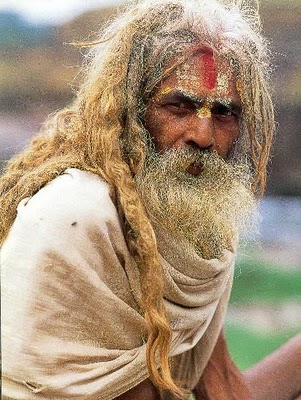 The two main religious movements at the time of the Buddha were those of the   brahmins and the samaõas. The brahmins adhered to Brahmanism and considered the Vedas to be the ultimate spiritual authority. However, the more forward-looking   brahmins of the day were starting to doubt the efficacy of Vedic rituals and to give more attention to ethics and meditation. In particular, they were increasingly uneasy about Vedic animal sacrifices. Some of these liberal brahmins founded schools but still saw themselves as within Vedic orthodoxy.

The samaõas on the other hand, rejected the Vedas and most Brahmanical beliefs and practices and were considered heterodox, even heretical, by the brahmins. This disapproval of samaõas is well illustrated by Ambaññha's comment that the Buddha and his disciples were `petty, shaven menial samaõas, the black scum of Brahma's foot'(D.I,90). The last part of this insult refers to the belief that low caste people were created from the feet of Brahma, the supreme god. In the eyes of brahmins, most samaõas were on a par with low castes because they ignored caste rules.

The samaõas disregarded social norms and expectations, they usually practiced celibacy, and in spiritual matters they gave precedence to experience rather than scriptural authority. They experimented with meditation, self-mortification, yogic breathing, fasting   and sensory deprivation. When, as a result of such practices, an individual had some kind of mystical experience which led him to believe he had attained enlightenment or liberation, he would attract disciples and this might lead to the founding of a new sect.

Some of the sects mentioned in the Tipiñaka include the âjãvaka (Those of the Pure Life), the Muõóaka Sàvaka (the Shaven Disciples), the Jañila (the Matted-hair Ones), Paribbàjaka (the Wanderers), the Màgaõóka, the Tedaṇḍika  (Those of the Tripod),        the Aviruddhaka (the Free Ones), the Gotamaka (Gotama's Followers), the Devadhammika (the Godly Ones), and the disciples of the mysterious Dàrupàttika (He of the Wooden Bowl, A.III,276; D.I,157). These and other samaõa sects were also collectively known as `ford-makers' (titthiya) because they claimed to be able to show the way to `cross over' from this world to the next. Later, Buddhists used this term for any non-Buddhist samaõas. The two dominant samaõa sects of the time, and the only ones to survive to the present, were Jainism whose followers were known as  Nigaõñhas (The Bondless Ones) and Buddhism. The Buddha was often referred to as `the samaõa Gotama'(D.I,4).

There was a great deal of religious switching at the 5th and 3rd centuries BCE. The Buddha himself had been the disciple of two different teachers, âlàra Kàlàma and Uddaka Ràmaputta, during his six-year search for truth (M.I,164-5). Early in  his career three famous brothers, the Kassapas, who were the leaders of a band of Jañilas, became his disciples bringing all their followers with them (Vin.I,24-5). It was this incident more than any other that drew widespread attention to the Buddha so soon after he started teaching. Nanda Vacca, one of the supposed `three liberated ones' of the âjīvaka sect also converted to Buddhism (M.I,524). The two men who later became Buddha's senior disciples, Sàriputta and Moggallàna, had both been âjãvakas before becoming  Buddhists. Occasionally, those who had been the Buddha's disciples joined other sects, Sunakkhatta being an example of this (D.III,2). See Jainism and Subhadda.

that the Vinaya, the rules for monks, includes instructions on how to build a sauna? Click Here